Anyone had an interesting or unusual previous job?

Back in the early '80s I wrote navigation software for the offshore oil industry (this was before the days of GPS). This sort of navigation system relied upon networks of radio stations (some may have heard of Decca Main Chain, Syledis or Loran C). Around the mid '80s we were contracted to produce a network of positioning radio beacons for monitoring the positions of all the Securicor vans out on the road. This also had to have a communication mechanism built into it so that simple messages could be sent from the vans back to the HQ. This network and, most importantly, it’s communications features eventually became Cellnet, run jointly between BT and Securicor.

Unfortunately I really can’t answer that particularly helpfully as I’ve never done astrophotography at a people level. That image was taken with multiple space observatories! It’s also “cheating” in that a lot of the bands used are not visible to the human eye (up to the Herschel 70micron band).

The other reason I struggle is that the filters that are interesting for science aren’t always the prettiest (H-alpha line isn’t something photographers care about!).

with those insights and todays market, if you went into your own production you would clean up

if you went into your own production you would clean up

With this kind of demand, you’d definitely be flush.

I ran a business out of Chicago for about ten years. It had operations in eleven countries. A lot of unusual situations occurred. As an example I spent about a month roaming around China trying to find a location for a factory. This was twenty five years ago when there were not many western factories in China. It was early November and I was in the hinterland. At that time the law was that heating could not be switched on until mid November. I woke early morning, there was a frost on the top blanket and my teeth were chattering. Which reminded me that I had a bottle of whiskey with me to help brush my teeth. (The water was dodgy). I put my overcoat on, drank the Whiskey and went back to sleep.

My first job after leaving university was in the Civil Service, in a small, obscure section that no longer exists that provided goods and services for overseas territories. Initially I was buying medical supplies from suppliers on behalf of commonwealth territories and we were licensed to buy class A drugs like morphine for medical use. It was extremely boring till I started telling people I was a drug dealer…

The job I did for most of my working life kept changing its name. It started as ‘computing’, and then after DP/ADP/EDP it became IT.
My first role was being the junior of two programmers and we wrote all the programs to run a small bank. The computer had no disks, only magentic tape and the memory was 16k bytes. Could anyone imagine something so small these days?
Later on I worked with the supercomputers of the day including some of Europe’s largest, in industries including digital broadcast, geophysical, intelligence, nuclear fission/fusion and weather forecasting.

I had two short interesting jobs when I was a student back in the early 90s.
The first was working for a government agency, where I had to sign the official secrets act. I think I’m okay to tell you now that the job involved counting the numbers of cyclists wearing helmets.
The second was working at our local dairy, classically they put me at the end of the cream packaging line, and then they slowed down their packing rate, so I ended up covered in cream before they pressed the stop button. Happy days

I have been lucky enough to travel a lot and face some interesting challenges. I think my favourite role was negotiating and establishing a UK location to provide support to people across northern Afghanistan in the early 2000s. We met with provincial Governors and warlords alike (sometimes one in the same!) and city elders. We ate goat and rice laid out on plastic mats and drank sweet coffee that you could stand a spoon up in in carpet shops. Rather topical at the moment, one very grand meal included bat wings - the tasted like chewy chicken.

We also saw some stunning sights - the mountains, the Blue Mosque at Mazir E Sharif and even crude oil bubbling out of the ground to form dense, black lakes. As always, 99% of the people just wanted peace and prosperity for their families. The other one percent, power and money. I sit writing this now thinking how will those communities cope with Coronavirus - they have none of the advantages of our NHS.

I was a Chemistry teacher in a secondary school and whilst not unusual it was certainly interesting and extremely satisfying. What is amazing is what has happened to my pupils: for example Doctors, army officers, 2 helicopter pilots (1 navy, 1 commercial), 1 commercial airline pilot, 2 university professors, 2 CofE priests, 2 MPs, 1 independent film producer, several teachers (including Chemistry teaching), 1 running a boutique hotel in a chateau near Paris, company directors etc. Interesting also is the idea that not all (indeed very few) became chemists but that what they gained through the academic teaching and extra-curricular activities were transferable skills that have set them up for a wide variety of careers.
I used to run ‘House Challenge’ along the lines of University Challenge and then talent spotted members of the team for ‘Schools’ Challenge’ - one student stood out in House Challenge and was an obvious candidate for the inter-School competition in which we got further than ever before because of his speed on the starter button. A couple of years later I was not surprised to see him as a member of the St Hugh’s Oxford team on University Challenge.

In my local Steelworks whilst a Sixth Former.
So labourer in the Coke Ovens (on the Ram was exciting), the Blast Furnace Floor (where I almost lost my legs, my mate Dai saved me), the Rolling Mill (3/4 mile long, you have to see it, to believe it) not forgetting my turn as a Janitor.
All Male BOG’s, 20 or more urinals and 20+ of the filthiest Cubicles you can ever imagine in your worst nightmare!!
Your task, if you chose to accept it and to get paid, was to make it all brand new, bright and sparkly by the end of your shift! You did however learn how to construct a passable bed out of the empty cardboard boxes that held the paper towels, and to rest one’s weary head after a double/double shift on a Saturday and Sunday.
That job knocked the corners off me, like no other!!

Is that Port Talbot? That is one stinky stretch of the M4!

How dare you slag off “Hen Wlad Fy Nhadau”

I remember the fire that broke out there - early 2002 I think - I could see it from my Uplands house in Swansea, goodness knows how many miles away.

When I was at Uni, I was a cleaner at the McCains factory just outside Scarborough. I wasn’t trained to use the cleaning chemicals so I spent 8 hours a day either spent spraying machinery with a massive pressure washer, or chisling build up off of said machinery. I spent one fateful shift shovelling a 10 foot high mountain of chips after one of the converyer belts had malfunctioned. Two shifts a week paid for bed, bills, and booze so it was ideal!

For twelve years I worked for the Youth Hostels Association as a youth hostel warden. This was many decades ago when hostels were still pretty spartan, had a no-alcohol rule etc. Met some lovely people including the some of the pre-war generations of hikers and cyclists. Back in those days, some of the smaller, simple hostels didn’t even have showers … not a great idea when folks were coming in having cycled 100 miles on a summers day.

September 2000 was the fuel blockades - my acquaintance worked for a very specific govt dept and two days later a military fuel tanker delivered Jet Fuel to our site. Then a fire engine and a police riot van arrived to be tested - the purposes was to see if these critical vehicles could run on jet fuel+military additive if the national fuel supply was disrupted. 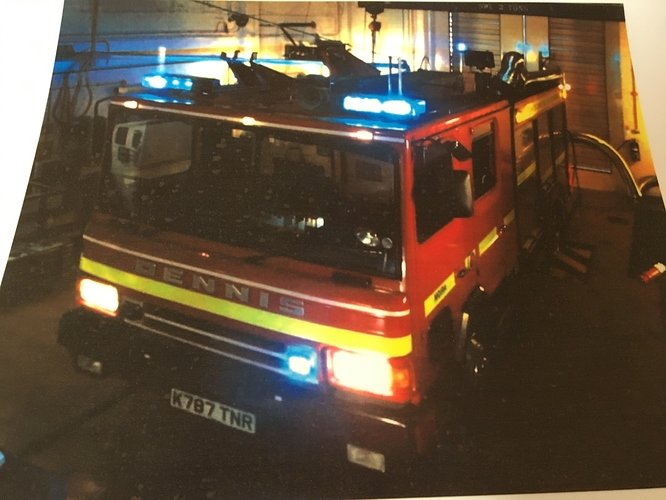 Had a couple of ‘interesting’ jobs as a student…first one was at a battery chicken site where my duties included brushing the top of all the cages to ensure all the debris and other cr@p (literally) fell through to the under floor area where all the cr@p ended up. Doing that all day every day still sticks with me, I’m sure the regulars waited with anticipation for the summer temps to come…the other part of that one was once in a while all the ‘stuff’ in the area below the cages had to get removed, fortunately this was largely done mechanically…

Second one was doing outdoor agricultural fencing work, which was largely good, though sometimes 12 hour shifts in summer if weather was good so pretty physical. One job we had was a ‘march’ (boundary) fence between two hill farms. About 2 miles long, going up to over 1000 feet. The farmer, who was known as ‘Rawhide’ behind his back, insisted that the fence had to go right on the ‘march’ which was formed by a dilapidated dry stone dyke for much of it. Even tried to put wooden stobs in the ground to a depth of a foot through a resilient pile of stones? We tried to take it two feet to the side but he wasn’t for giving up a few square yards of pretty marginal hill grazing to his neighbour…The good thing was that it took about 30% longer than it should have and he got charged for it! That was a really arduous job as we couldn’t get the van all the way up the hill and had to carry stobs and straining posts on sweltering days being attacked by clegs (horseflies). The pay was great for a 19 year old though!

From a dingy basement in the City Road, London I began a sort of career as an artist. The aforesaid basement was condemned after I left as ‘ not being fit for human habitation. ‘ but that is how it was in 1970s London (any change since?). It was all jolly good fun except when it wasn’t.