2 very nice offerings Adrian. Either will be perfect for Hawksmoor steaks.

Did you get a ticket for the tasting ? If not, perhaps @szaki1974 could transfer his.

Mine was presumably already given to the next person on the waiting list. @woodap did manage to get a ticket.

Yes I have a ticket. Thanks.

Did we want to set up a private message with those who said they could join to discuss logistics and wines etc?

Hi Alex, I think we leave it open in case any late comers appear.
But happy to be advised by those more expert than me.

A new style of carmenère made by one of Chile's finest winemakers, Ignacio Recabarren, from Peumo, where the alluvial clay-loam soils provide the water this grape likes. Ageing was reduced to six months in high-quality barrels to capture the explosive black-fruit character and voluptuous body. It is...

I’m still in! My contribution: 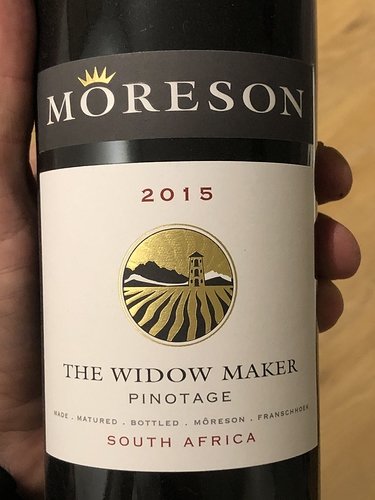 I’d also love to join you at the tasting and dinner, but I’ve got a horrendously early start for an event the following morning (05:30 train) and really can’t afford to sleep in!

If it was still uni days, I would suggest don’t sleep…

Unfortunately breathing the heady, morning-after fumes of the South America tasting all over 400 prospective pupils and parents might not be such a great move at work.

Hi Malcolm, looks good. New one on me.

Unfortunately a little lite on desert, at the moment, but can offer the following:

Though also oaked, this fine poised chardonnay shows the precision and restraint that is now finding fame in California. The 2015 sports inviting baked-apple and intriguing ginger aromas. The palate is mouthwateringly refreshing, with lemon, spice and apple lingering on the finish.

With fragrant lemon, peach and apple and toasty brioche notes balanced by fresh acidity, this is one of New Zealand’s best chardonnays. Made from hand-picked grapes which are fermented in French oak barrels, they are also aged on the lees (natural yeasts left over from fermentation) to develop a...

Or, if we want to tip the balance further towards the reds given the cuisine, I can offer (unfortunately nothing South American at the moment):

Average of 88.8 points in 4 community wine reviews on 2000 Château Moulinet-Lasserre, plus professional notes, label images, wine details, and recommendations on when to drink.

Average of 91.3 points in 52 community wine reviews on 2006 Boekenhoutskloof Cabernet Sauvignon, plus professional notes, label images, wine details, and recommendations on when to drink.

While tempted by the Pomerol, I think having a bottle of white to enjoy while the reds are decanted and we peruse the menu, will work best. I have a slight preference for the Sandhi, but only because I know the Dog Point ( and love it). @woodap and @MalcolmV to advise.

I also think would be nice to have a white, though agree those reds do look tempting as well!

Both of your suggested whites would be new on me @Alex88 so be delighted with either.

Also looking forward to trying The Widow Maker @MalcolmV. Sounds like could be a meal in itself!

Any strong preferences between my 2 suggested reds? If not I’ll just see which one I find first in the wine cabinet!

I wish I could at least join you for dinner, as it is my birthday

Sorry you can’t make this one. Sure to be another one along soon.

Just to note that due to dwindling numbers the post tasting dinner has been cancelled.