Terre Inconnue Los Abuelos if you fancy something off the wall

The wall holds no terrors for me

I’ve not heard of this wine before. Winesearcher gives one stockest, the admirable Leon Stolaski who has a minimum order of £75.

I think Leon is your only option!

Possibly something from Priorat or Monsant would be a reasonable price and easily obtainable. I’m not sure though if many are pure grenache, or more likely to be slightly blended.

I was thinking about Mas de Subira for instance but can’t find any UK offers at present.
Majestic has Monsant el Brindis, again a blend. Never tried it but it seems reasonably priced.

I seem to recall that quite a few were taken with this little Spanish number at a TWS virtual tasting around a year ago:

Simple but oh so delicious Spanish red from a dynamic young team. Unoaked to let the fresh fruit of the garnacha grape shine, this flavoursome find from next door to Rioja has plump red-berry fruit, modest weight and bags of charm. A gem with grilled meats or paprika-spiked paella.

Hello everyone, and welcome to October’s #TWSTaste, where we’re trying out a Spanish pair from the current Fine Wine Trade Secrets offering. We’ll be kicking of proceedings at 8pm sharp this evening, but any pre-match banter is more than welcome. Unfortunately I won’t be here tonight, as I am ‘otherwise engaged’ with The Benevolent (the drinks trade charity), but I’ll be posting up my usual introduction to the wines in a short while to give a bit of background before the tasting gets underway. …

Yes because it’s delicious! And this is a grape that generally creates high alcohol wine which can be a bit overblown and porty, whereas this is 13% and whilst it has all the characteristic grenache notes they are balanced by a real freshness. So I would say in a tasting of grenache something like this would make a good contrast IMO.

Don’t forget the Banyuls! Which could also be the title of your presentation - unless you know there will be some old punks there in which case you could call it Never Mind the Banyuls! OK that’s enough Banyuls🍷

I’m swigging my way through the 2016 vintage of the wine below this weekend:

It’s rather tasty, but not a regular grenache noir (if that’s what you’d expect from Veneto anyway), so depends if that’s what you’re looking for I guess. Very fresh - lively acidity & fruit. Great with pork chops last night and beef ragu tonight. 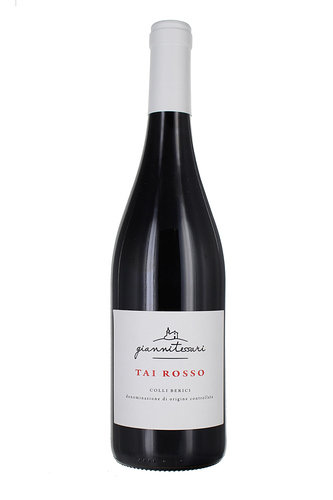 Leon has loads of wonderful under the radar wines at great prices. Ask him for suggestions. I would recommend anything from Treloar - whether for this tasting or anything else,
Also I love the wines from Commando G - super purity of essence, albeit a touch pricey

Doh! Just realised who you are!

Probably because he was rude to them!

BTW, Mr May, I blame you! You’ve made me put an order in for a 6-pack of Commando-G wines… I wanted one for Spanish WIMPs and it seems rude not to order a 6-pack.

The notes from when I purchased a case are

" we’re not ashamed to admit that we go weak at the knees at the mention of Chateau Rayas, the most magical exponent of old-vine Grenache anywhere in the world. Our constant quest to find something with a little of that cool-spiced, pure fruited je ne sais quoi has led us to Spain, of all places. Now as many of you know, Grenache (or Garnacha as it is locally known) does pretty well in parts of Spain – but even we were not fully aware of how it would thrive in the hills to the west of Toledo and Madrid . The good news is that in the hands of Daniel Landi , Garnacha comes to life and brings a smattering of that Rayas genius at a fraction of the price.

Daniel Landi grew up in a family of viticulturists in Méntrida, just outside Madrid. He decided early on he wanted to craft his own wine, and after making his name with Bodegas Jimenez-Landi— a joint project with his cousin—in 2012 he decided set out on his own, taking with him a couple of the very best old-vine Garnacha plots in Spain. His high-altitude, isolated and rugged plots are farmed biodynamically, handharvested, and vinified either entirely or with a proportion of whole bunch, in large old oak barrels, and minimal extraction. The result, a style that has become his trademark, is beautifully lithe, aromatically lifted and elegant Garnacha.

Meaning literally “The Grapes of Wrath”, this wine is made from old-vine Garnacha sourced from four different sites near the village of El Real de San Vicente. True to Dani’s style, this is miles away from the typical concentrated style many people associate with the grape. Rather, it is pure and elegant, with savoury yet fresh red fruit, spice, and dry, chalky tannins. An ambitious yet equally lovely wine from a very promising young winemaker."

The garnacha grape has a remarkable affinity with Spain’s climate and makes some of the country’s juiciest and most flattering reds. This comes from vineyards over 50 years old, lending the wine an intense, chunky, satisfying quality, not to mention oodles of ripe berry-fruit flavour.

I haven’t tried the 2018 but this is reliably good if you want to show what garnacha can do (and do well) at the cheaper end of the spectrum.

I wish the wine society stocked more of Landi’s wine, I loved bajondillo

@thewinelake
Sorry Alex, but I’m not responsible for you going commando

(unless there’s a commission

I would recommend Thistledown wines

Worth a punt, methinks.